Telling 600 corporate travelers about Lumos in Paris, the most beautiful city in the world 🙂 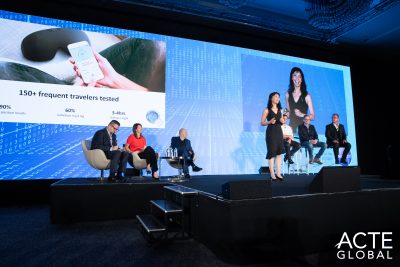 Presenting at Opening Plenary Session of the ACTE annual summit in Paris (Photo credit to ACTE).

Happily, I had the opportunity to do just that at this year’s annual summit of The Association of Corporate Travel Executives (ACTE). The ACTE is a globally recognized, premier corporate travel organization that investigates and advocates for improvements in corporate travel, including new technologies like the Lumos Smart Sleep Mask. As such, we were invited to present in their Opening Plenary Session this past October, sharing details about how our technology can help business travel be more productive by reducing jet lag. (Click here to watch the 30-second video that we submitted as a preview to the audience.)

A little backstory here: I got to know the Executive Director of ACTE, Greeley Koch, in April of 2018 when I went to Lumos’s first ACTE summit in New York. He is a great gentleman and unsurprisingly, a road warrior in his own right. Of course, what really grabbed his attention was the Lumos prototype I gave him, which completely convinced him of the efficacy of our Smart Sleep Mask. Clearly our prototype ‘bribe’ made a good impression, as Koch introduced my main stage address by saying “I know I’m supposed to be impartial… but B has given me a prototype of what she was going to talk about, and I have to tell you, it is amazing.”

The response to our presentation was positive, to say the least. The audience’s interest in our Smart Sleep Mask was almost overwhelming, as everybody seemed to want one. It was definitely a successful summit, and as appropriate for a trip to Paris, the food was amazing! 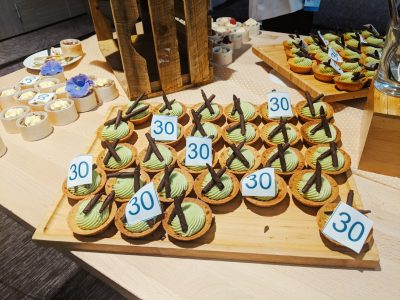 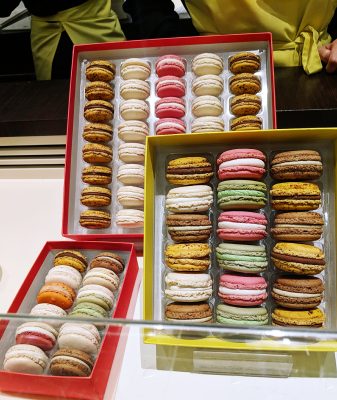 A shot from my macaron hunt with Greely Koch, Executive Director of ACTE. He may have been bribing me for the use of the Lumos prototype again… 🙂